SITTING in the lounge of GO Communications’ office in Centrepoint, Bandar Utama, Peter de Kretser, 30, is perfectly at ease being interviewed with shades perched on his head and dressed in business casual wear.

While some may put it down to his natural Aussie charm but experience also plays a part. Peter is the Chief Operations Officer and co-founder of GO Communications with his father, public relations veteran Michael de Kretser and in his own words, “born into a PR family”.

Born in Singapore, where his father was running PR firm MDK Consultants then, Peter spent his early years in the island’s international schools.

Then he moved to Melbourne for his secondary education in a boarding school, and Royal Melbourne Institute of Technology (RMIT) for his business degree, where Peter said he and a few friends ran through a number of business ideas in order to graduate.

According to Peter, the students had to come up with a practical business idea, which meant a properly registered business that was running in the black before one could graduate. One of the initial ideas was supplying firewood to the more upscale homes in Melbourne’s suburbs. Although the idea was solid, he said the group “somehow just lost interest.”

“Then I met a man from Hong Kong who had a formula for growing oysters in warmer waters. We felt it was worth a try, and somehow, we managed to secure permission from the Singapore government to start an oyster farm in a channel of water just north of Pulau Tekong.

“It is still ongoing and supplies farmed oysters to restaurants and hotels on the island, but I’ve become a minority shareholder,” said Peter.

Ever the sports enthusiast, Peter also played professional football in both Australia and Singapore before moving into the PR industry, and his initial ambition was to play football professionally.

“I was around 17 and still in school when I signed my first professional contract with the Melbourne Knights, the same place Mark Viduka played before moving to Leeds United. Before that, I was going to the afternoon trials and I played a couple of seasons with them.

“Then I entered RMIT for my degree. While I was in Singapore with my parents, I went through trials with a few S-League clubs and was offered a place with Tanjung Pagar United,” he said.

Such was his passion for the sport that he put his studies on hold for a year to play with the Singaporean club, and according to Peter, he had hoped to continue his professional career until an ACL (anterior cruciate ligament) injury ended his career as a professional footballer.

“I felt funny at first after landing from heading the ball and when I tried to walk, I just fell down and couldn’t move my leg and it began to hurt. It was really strange because up until then, I’d never been through a major injury, much less something as debilitating as this,” he said.

Recovering from his injury, Peter decided then to finish his degree and go into public relations instead.

It was at this time that his father Michael also decided to divest his interests in MDK Consultants and they both got together to discuss opening a PR firm in Malaysia, thus leading to the founding of GO Communications in 2007.

This is simply not a case of riding on his father’s coattails as Peter has worked with advertising companies such as JWT in Melbourne, running campaigns before moving to Malaysia.

“We’re simply best mates, and this has proven a strong dynamic in both our family and professional work,” said Peter, who often refers to his father by name.

Malaysia, according to Peter, is a perfect place to indulge in his passion for sports.

“It is just a matter of finding out and knowing where the games are held.

“If you were to ask me what sports I like, it is basically any sport with a ball; so there is golf, cricket, football, tennis even,” said Peter, who like his father, enjoys golfing tremendously and often go on the green together.

His passion for cricket — which he regularly plays at the Royal Selangor Club at Bukit Kiara — extends even into his profession. GO Communications once organised a charity cricket tournament in aid of breast cancer, which raised about RM50,000 and saw Jeff Thompson, once the world’s fastest bowler, participating as well.

“I had known that the cricket fraternity here had been quite strong and sizable, since the days in Singapore when I played in a couple of tournaments and we played off with Malaysia,” said Peter.

Despite being Australian by nationality, Peter feels more at ease in Malaysia due to the majority of his time spent here during term holidays as his parents were based primarily in Singapore.

“It has gotten to a point where I find it normal to order roti canai on a Sunday morning for breakfast, than say, bacon and eggs, and just chit-chat with the stall owner over the previous night’s football match.

“I think you could more or less call me Malaysianised, since my time here far outweighs my time in Australia.

“Of course, I miss my relations and friends from Melbourne but it is just a seven-hour flight away,” he added. 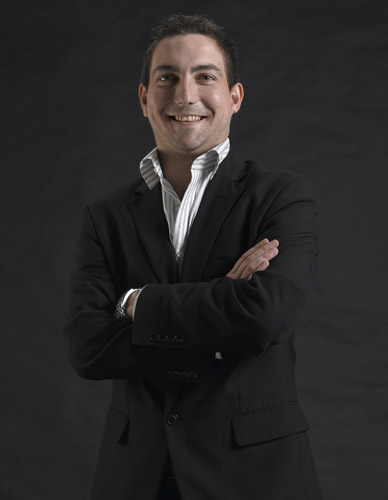